I share my experiences as a way to inspire others in their darkest moments to never give up; to believe that their beacon of light is just around the corner. 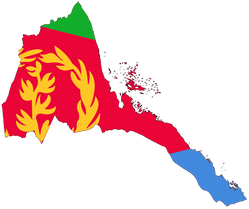 Map of Eritrea
My name is Joseph Woldu. I was born in Eritrea, a northeast African country on the Red Sea coast. I lived there until I was 11 years old when the outbreak of war with Ethiopia forced me to seek refuge in the neighboring country of Sudan.

In Sudan I was reunited with my father who was doing well for himself. Less than a year later my father died unexpectedly, leaving me to face a bleak future alone as a child refugee. The poor conditions for desperate refugees living in Sudan left me little to no choice but to seek asylum for a better life in Europe.

After applying for asylum with the German Embassy it took persistence and determination to get them to accept my application. With help from the Red Cross I was granted asylum and allowed to fly to Germany.
​
For seventeen years I lived in Germany, where I was educated and began a career in accounting. Today, I am fluent in three languages (Tigrinya, German, and English).
​
I came to the United States as a foreign student seeking higher education in the year 2000. While a student at San Francisco State University, I was involved in a serious motorcycle accident that occurred two days before the 9/11 terrorist attacks in 2001. The accident caused a traumatic brain injury and serious leg and knee fractures. I underwent many long and complicated medical treatments, several involving surgeries.

After seven weeks in a coma at San Francisco General Hospital’s Intensive Care Unit (ICU), I was stable enough to be transferred to their step down unit where I slowly began responding to neurological tests and exams.

Around this time my friend, who was operating the motorcycle I was a passenger on, came to visit me. He is from Germany and we always communicate in his native language, my second language. He told me everything that had happened. When he spoke to me in German It was my first time responding to questions using my eyes and/or fingers; I was intubated and could not speak.  The doctors were amazed by my responses to German and determined that I’d temporarily lost my comprehension of English, my third language. My friend and I still retain our friendship and never have I held him responsible for my injuries. Even before I read the police report witness statements saying the truck that hit us ran through the red light, I never blamed him.

A few days after being transferred to the step down unit my friend's father came to see me. He helped me sit in my wheelchair and pushed me outside for some fresh air. It was a sunny day and it felt good to be outside for the first time in two months.  At that time I could understand some of what was being said to me, but I still could not speak. 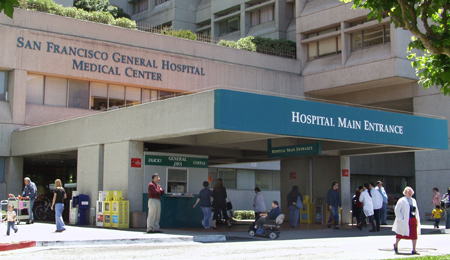 Days went by slowly and sometime in the second week of November, 2001, I was transferred to Laguna Honda Hospital & Rehabilitation where I received physical, occupational and speech therapy for three months. I was in bed 24 hours a day and needed assistance getting into a wheelchair. I had a feeding tube into my stomach and was miserable. One day I looked up to find my former University Professor, Doctor Krishnan, entering the room to pay me a visit. I couldn't believe my eyes, I was so happy. His visit lifted my spirits and gave me encouragement to get better.

I realized I had been seriously hurt and felt weak from being in a bed all day long. I had to ask the nurses for help to sit in a wheelchair. I couldn't push myself in the wheelchair because my left arm was not working. As I became stronger it still was very difficult to maneuver myself in a wheelchair using only my right arm. I didn't like asking a person to push me, but at the time I didn't have any other choice.
​
The following month, as Christmas was approaching, a good friend took me to a surprise Christmas dinner party in my honor. Seeing all my friends who really cared about me made me feel so good and really gave me the lift I needed. 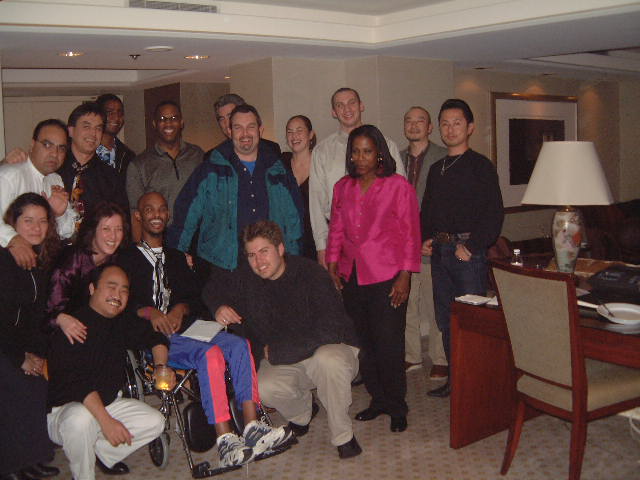 After being discharged from Laguna Honda Hospital, I practiced standing up from my wheelchair for a few minutes at a time at home. Months passed by and I was ready to go outside and walk with the aid of a walker. I’d walk around my neighborhood in San Francisco three to four days a week. I was doing well with my exercises and decided to push myself harder. I began taking a bus with my walker for a few blocks just for practice. Every bus had to put down the ramp to allow me to get on. I didn't feel good because the riders were watching me. I felt embarrassed being watched and looked upon as handicapped but I continued to practice.

After months of therapy and home practice with the quad cane I got rid of my walker. My steps with the quad cane became smaller because I needed to make sure all four of its pegs touched the floor or I risked falling. I was a little scared while walking and had to pay closer attention to my steps.

Sometime in October, 2004, my leg became infected and I was hospitalized for washout surgeries at San Francisco General Hospital. Had the infection reached the bone I would’ve been facing leg amputation due to chronic bone infection. I was told how lucky I was that doctors caught the infection in time.

Eventually, I was transferred to Laguna Honda Hospital for eight weeks of wound therapy. During this period I received post-surgical dressing changes every three days to expedite healing of the wounds. When I was able to change my bandages and administer my medication I was allowed to return home. By February, 2005 I’d spent two of the last three Christmas Days at Laguna Honda Hospital & Rehabilitation Center. 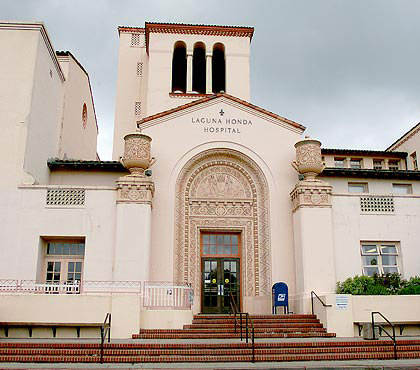 With thoughts of returning back to school I committed myself to a daily routine of physical and speech exercises. In 2007 my condition had improved enough for me to reapply at San Francisco State University. I reapplied to the University, changing my major from Mechanical Engineering to International Business. Thanks to all the help and assistance of Hospital and University staff, along with family and friends, I achieved my goal of earning a college degree here in the United States. I was awarded my Bachelor’s Degree in May of 2012. Family and friends attended the graduation ceremonies to celebrate with me. They were and continue to be an important part of my journey.

Below I've attached a pdf file of SFSU's Chair acknowledging my graduating achievement. Read the Chair's Message portion of the newsletter.

Download File
In December, 2012, I was on my way to General Hospital for a routine checkup and while transferring to another bus I fell down hitting my head, knocking myself unconscious. An ambulance was called and took me to SF General Hospital where I underwent emergency surgery to stop internal bleeding and relieve pressure from my brain.  I awoke from surgery with clamps in my head and a very bad headache. It would be my third Christmas Day spent in a hospital since my motorcycle accident.  The hospital kept me in ICU for a week before transferring me to Laguna Honda Rehabilitation Center.  I’m not sure whether it was due to the head injury or surgery but my walking and balance had taken a step back.

I spent three months rehabilitating, building up my strength to walk using a walker. Though doctors had their doubts about my living independently, my past hospital stays had taught me that through hard work, dedication and determination I could return home to my independent way of life. It took some negotiating with doctors but eventually I was given the OK to return home.  I’ve been home on my own since March, 2013.
I regained my ability to walk with a cane, as well as, talk and be understood better. It may take me double the time to accomplish a task but I will see it to its completion anyway. In the end I feel happier and relieved that I took it upon myself to regain as much use as possible of my body and mind. I am proud of the independence I worked so hard to attain. People who know me often say I am stubborn. Maybe I am, but it is that same stubbornness and determination that pushed me to accomplish so much. "Never give up!"

"You never know how strong you are until being strong is the only choice you have." - Bob Marley
I have always loved this quote and I hope it inspires someone to do great things in life.
Today, my home physical therapy exercises continue as they must. Each day gets easier. Every day is blessing!

Again thanks to all.

I don't want people to feel bad for me. I decided not to worry about problems that come up but instead to work hard and find solutions. If you want your life to get better, encouragement from others is good. But getting better begins with you saying to yourself, "I want to get better." Then you must setup your own goals and begin challenging yourself. Failure is no reason to give up trying. Plan ahead and be positive. If I can do it, you can do it for sure.

I've written a book about my full life story titled "Joseph Woldu: More Than A Survivor." It is available in both eBook and paperback on Amazon. To order go to "Book" header at top of this webpage and click on link.